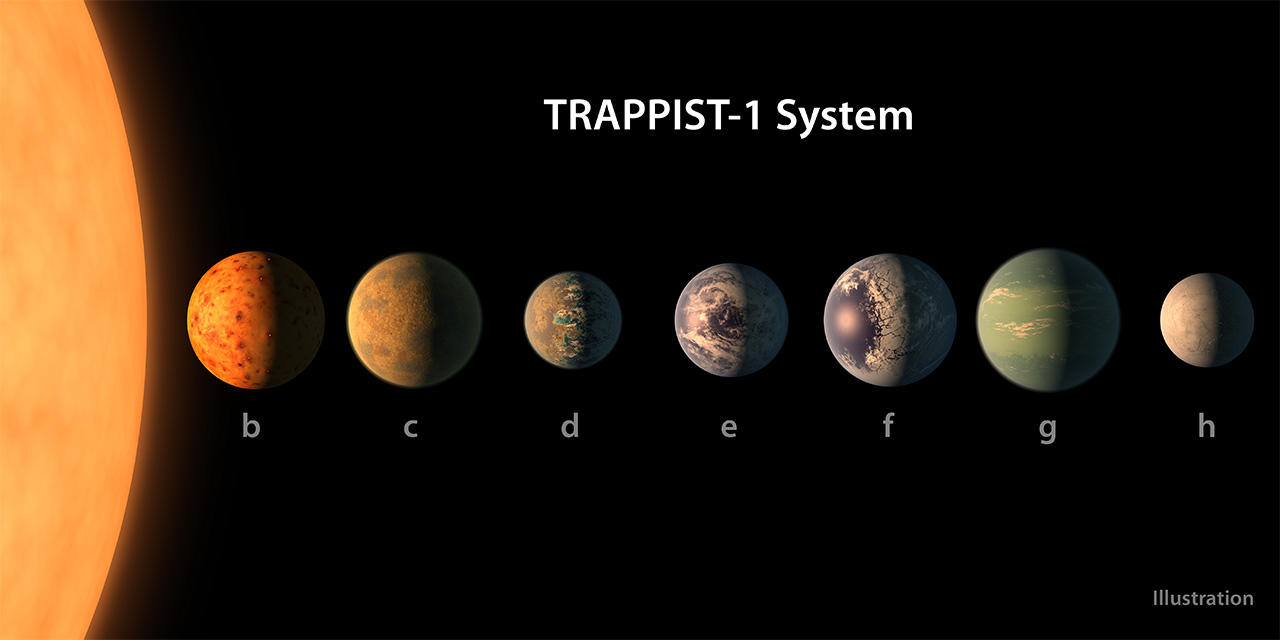 On 2/22/17 NASA announced news that their Spitzer telescope had discovered a seven planet system around TRAPPIST-1, a nearby star. TRAPPIST-1 is around 40 lightyears away, in the Aquarius constellation. Three of these planets are in the CHZ (Circumstellar Habitable Zone) which holds the promise of liquid water and consequently the ability to support life.  This is especially promising for astrobotanists.  If these planets are in the CHZ and have Earth-like similarities, plant life is a possibility.  It is much too early to speculate, but this development will be watched closely by all involved in the astrobiology and astrobotany community.