This is Kai Rasmussen’s blog.  He is the webmaster for astrobotany.com, and UW molecular biology research undergrad.  These are updates about the process, if you are interested.

I was on winter break for the past three weeks and honestly was not up to much.  I spent a lot of time playing minecraft and now I’ve got a killer pirate ship on our server which I hope no one vandalizes.  Occasionally, I was productive.  This included a trip back to Madison for a business meeting and some basic site maintenance.  The real highlight, however, was a trip to Disneyworld.

It was a family trip and I was happy to go along.  I’ve been to several of the Disney parks (including my favorite: Tokyo Disneyland) and was especially interested in seeing the new Avatar attractions at Disney’s Animal Kingdom (it was good even though we waited 2 hours in line).  We did the whole deal and stayed in Disney’s Animal Kingdom Lodge and made it to all four of the parks.  I had a blast completing the old Disney routine: going on  Tower of Terror, Haunted Mansion, buying a Sundae, watching fireworks, buying Disney Trading Pins etc., but this time something was different.

The last time I went to Disney, I was not in the lab.  I was not doing research relevant to spaceflight.  I was not managing astrobotany.com.

Right off the bat, one of the first rides I went on was the Mission: Space ride in Epcot.  It was a simulation of space training and a spaceflight either around the earth or to Mars.  The immersive experience is supposed to make you feel like an astronaut, a pioneer that everyone is counting on.  Very cool.

This was the first time I bothered to look into Epcot’s history.  I knew intuitively that it was supposed to resemble a World Fair.  Those fairs have more or less been rendered obsolete because of how global our communities have become.  What I didn’t know was that it stood for “Experimental Prototype Community Of Tomorrow”.  That’s not what it is currently, of course.  It’s really just a theme park.  If it were to resemble a future community we’d all be screwed because it’s like 50% gift shops.  Despite the commercialization of Epcot, you could still see Walt Disney’s vision just hiding underneath the surface.  The ambition was clear, and though an afterthought, I was impressed to see the gardens at “The Land” exhibit.  I don’t know how much research Disney does, but I did see a lab on that ride.

When we think about Walt Disney, we think of him as a lot of things.  He’s not just a simple animator, the man is an American cultural icon.  And it’s pretty clear from both his history and his parks that he was passionate about the future of space travel.  The last ride I went on in Disney was Space Mountain.  I love Space Mountain.  After the ride is done, you ride one of those moving floor things to the gift shop.  On the way are displays that depict “golfing on Mars” or “20,000 lightyears under the sea”.  Glimpses of what Walt was thinking about.  They were his dreams about space. 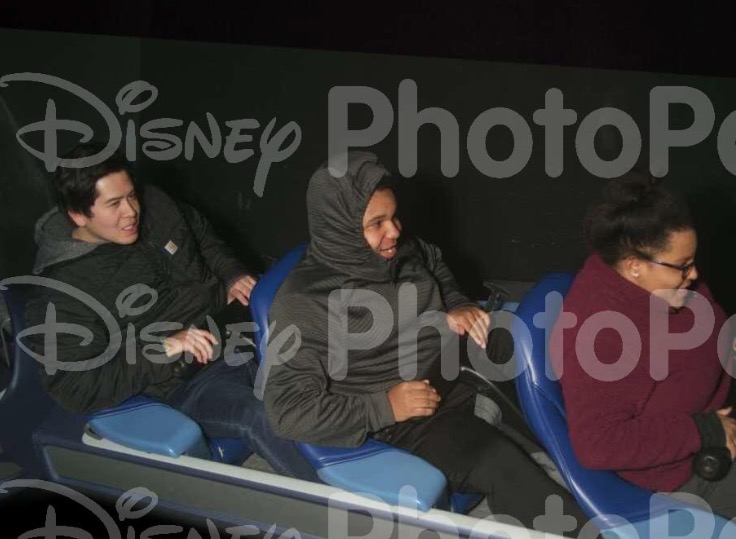 image: me (back) reflecting on the cultural impact of Disney on spaceflight (Space Mountain)

My point is this: Disney really captured the music, the aesthetic, and the culture surrounding humanity’s obsession with space travel.  I’m 21 and I was inspired by the rides.  I can only imagine what kind of impression it leaves on those who are younger.  Space is amazing for all ages.  It’s the promise of something wonderful that you’ve never seen before.  It’s the promise of something you will never understand.  That kind of spirit will never die, and it lives on at a true American landmark: Disney Parks.