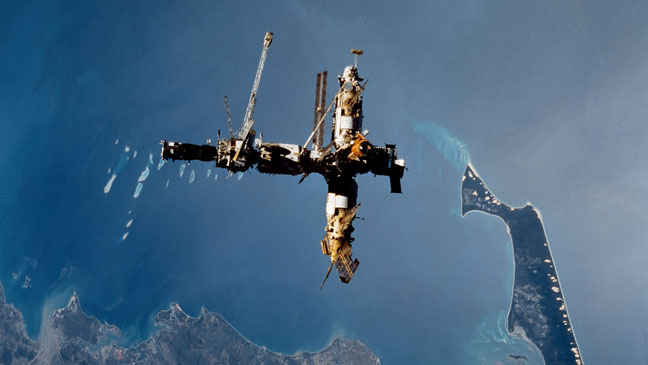 When you grow a plant in your home or garden, how do you care for it?  Do you water it?  Do you make sure it gets enough sunlight?  Do you add nutrients to your soil?

Do you monitor the levels of ethylene around your plants in parts per billion?

… probably not.  And for good reason: you don’t need to!  However, if you’re planning on growing plants in space soon, keep on reading, because it’s something to be considered for space plant growth.

Ethylene (also known as ethene) is a very simple chemical that plays a very important role in plant growth.  It is a natural plant hormone that accelerates plant ripening, opening of flowers, and shedding of leaves.  Since ethylene is simply derived from ethanol, the agricultural industry can easily use large amounts of ethylene to push fruits into ripening stages.  Industrial agriculturalists typically gas plants with ethylene for 24-48 hours to ripen their fruits.

Though ethylene is a critical hormone for plant growth, regular gardeners on earth usually need not worry about ethylene gas levels surrounding their plants.  There’s a simple reason: there’s not enough ethylene around them to make a difference.  This changes in a “closed” environment.  In smaller, closed-off spaces, gas cycling is carefully monitored.  And in the context of spaceflight, the most clear example that comes to mind is a space station.  Modern space station environments maintain a standard, breathing atmosphere (similar in pressure and composition to earth) to keep their astronauts in good health and minimize safety concerns.  It’s good for growing plants too.

When an astrobotany experiment is performed, great care is taken to control as many variables as possible.  Typically, a comparison is being drawn between plants grown in space and the plants grown on earth.  Factors such as light quality, air quality, and soil quality are usually kept constant to ensure only certain stressors of spaceflight are having an impact on the plants in space.

Which brings us back to Mir.  Towards the end of Mir’s life cycle, in 1997, the LA Times detailed the less than ideal conditions onboard the aging spacecraft:

The environment described makes one skeptical about the efficacy of a sensitive plant experiment being performed on the spaceship, and also skeptical about the safety of the astronauts and cosmonauts aboard.  High humidity and chemical leaks?  Those both could very well influence the outcome of a spaceflight experiment.  And besides this, Mir had a problem with ethylene.

According to the study Kuang et al. 2000, ethylene levels on Mir were anywhere in between 800-1200 ppb (parts per billion).  This may not seem like a lot, but consider that an ambient ethylene level above a mere 10 ppb can have a threshold effect on plant growth.  The question isn’t if ethylene influenced Mir astrobotany experiments, it’s how much.

Why was there so much ethylene on Mir?  It’s a phenomenon that largely has to do with the amounts of plastics and other materials used to build the station.  In a closed system, this outgassing (gas coming off of plastics) gets ethylene and other chemicals trapped inside this small environment.  This same principle is what causes the “new car smell” in a new car (so don’t breathe it in too much).

The ethylene problem on space station Mir has been noted and mentioned in the literature.  It’s something to be considered when reflecting on that era of astrobotany research.  Future experiments take care to monitor ethylene levels and ethylene scrubs have become routine for modern space plant habitats.  Regardless of the obstacles on Mir, the SVET plant growth system was a milestone for spaceflight plant biology.