Today is officially the one year anniversary of astrobotany.com.  When I started this website a little over a year ago, I had no idea what direction it would take.  I’m proud to say that we’ve hit many major milestones.  Let’s take a look back at one year of the best website on the internet. 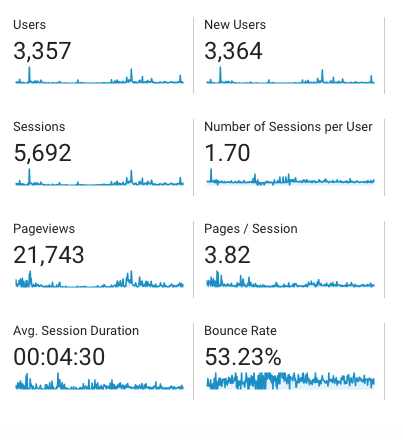 Nearly 3,400 unique visitors trafficked astrobotany.com in Feb 2017-2018.  There were over 20,000 pageviews with an average session time of 4 minutes and 30 seconds.  47% of people stayed after visiting their first page.

At the end of summer 2017, astrobotany.com went from running the generic wordpress theme to a custom astrobotany theme developed by Isaac Evavold.

In September 2017, the TOAST genetic database finished development and was launched on astrobotany.com.

In December 2017, astromicrobiology.com was acquired and launched.

In January 2018, astrovirology.com was acquired and launched.

Letter from the Manager

Thank you all for a great year studying and learning about plants in space.  Your support and passion for spaceflight plant biology is incredible.  We’re just getting started.  Let’s grow plants in space.